Where Do Babies Come From?

"Where Do Babies Come From?" is an unreleased song written by Melanie Martinez. It was originally intended to be featured as a bonus track on her debut album, Cry Baby,[1] however, it was later removed.

Melanie released snippets of this song in July of 2014 on her Instagram, showcasing two 15-second clips in an attempt to get fans' approval on whether the song should be featured on the album. The feedback was largely positive, however, despite the response among fans, the song did not make the cut for the album.

On June 1st, Melanie confirmed on her Periscope that the song would not be featured on her first studio album. Her father, Jose Martinez, posted an additional 15-second clip on his official Instagram (@jmartinezmtp) on July 26th, stating that it did not make it on the album, but that it is "a great song".[3]

In July of 2015, Melanie answered a question on her Tumblr page regarding the song's future, stating, "it's a possibility there will be a purpose for the song someday, but it is staying off the internet until further notice".[4]

The song is presumably about teenagers getting pregnant before they're ready to become parents. From the snippets that have been released, it describes a child (implied to be Cry Baby) begging her mother for an explanation as to "where babies come from", wondering if it is as magical and happy as it seems to be. The mother responds in a brutally honest tone, telling her that they come from "girls who grow up too fast" and from boys who are "lazy".

This can symbolize a reference to the fact that many children in modern-day society are getting pregnant before they are ready to be parents, and the fathers of these new-born children are too young and don't help the mother when raising said child. 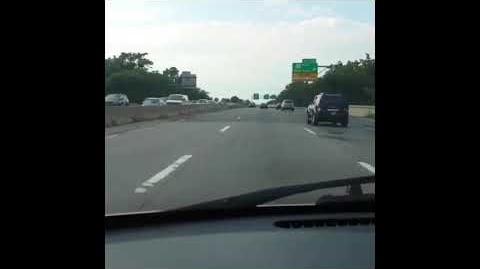 Retrieved from "https://melanie-martinez.fandom.com/wiki/Where_Do_Babies_Come_From%3F?oldid=117410"
Community content is available under CC-BY-SA unless otherwise noted.