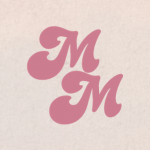 How I met the great Melanie?

So, let's go back to 2015 (or 2016?), where I saw a lot of YouTube suggestions about Melanie's music video "Pity Party", I haven't lent any time for that when I first popped out (I also remember that maybe I'd peek to that video a bit). Until 2018, where I saw some suggestions from my favorite YouTube channels, contents related to Melanie, like the "Pity Party without music'" by Without Music (formerly House of Halo), and "College Kids React to Melanie Martinez" by FBE. So, I watched the music video FIRST, and I WAS MIND BLOWN from what I just saw. Watched the React video, I learned that she had her debut concept album Cry Baby, and she released music videofor every track. I watched them in order, and was J U S T  A M A Z E D  A N D  M E S M E R I Z E D. And that's my start of being a STAN OF MEL.

Retrieved from "https://melanie-martinez.fandom.com/wiki/User:Butterscotch_Tragedy?oldid=91933"
Community content is available under CC-BY-SA unless otherwise noted.