"Things Have Changed" is a song originally by Bob Dylan that Melanie Martinez covered. She performed a medley of this song and Peggy Lee's song Fever during a StageIt concert with her friend Amir Shaaban. 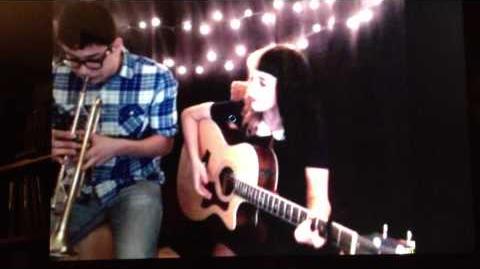 [Verse 1]
A worried man with a worried mind
No one in front of me and nothing behind
There's a girl on my lap and she's drinking champagne
Got white skin, got assassin's eyes
I'm looking up into the sapphire tinted skies
I'm well dressed, waiting on the last train

[Chorus]
People are crazy and times are strange
I'm locked in tight, I'm out of range
I used to care, but things have changed

[Verse 2]
This place ain't doing me any good
I'm in the wrong town, I should be in Hollywood
Just for a second there I thought I saw something move
Gonna take dancing lessons do the jitterbug rag
Ain't no shortcuts, gonna dress in drag
Only a fool in here would think he's got anything to prove

Lotta water under the bridge, lotta other stuff too
Don't get up gentlemen, I'm only passing through

Retrieved from "https://melanie-martinez.fandom.com/wiki/Things_Have_Changed?oldid=117111"
Community content is available under CC-BY-SA unless otherwise noted.