"Tag, You're It", originally titled "Tag",[1] is the ninth track by Melanie Martinez featured on her debut album, Cry Baby. Melanie released a snippet of this song on her Instagram on August 3, 2015. The music video was released as part of a double feature music video with Milk and Cookies. The Tag, You're It/Milk and Cookies double feature was released on August 23, 2016. Snippets of the demo began surfacing on June 13, 2019 and fully leaked on September 15, 2019.

Tag, You're It is about Cry Baby getting kidnapped, utilizing the children's game "tag" as a metaphor. Cry Baby is now very vulnerable and alone, and gets kidnapped by a "wolf". As the song begins, it is evident that the "wolf" has been watching her for a while, and sees her as the perfect victim. The "wolf" pulls up alongside Cry Baby in his car and offers her candy. The tinted windows will hide her once she’s inside. Despite the fact that she says no, he continues to pursue her and chase her through the parking lot, meaning that she's running and he's following after her. The phrase, "Tag, you're it" is a metaphor for him catching her. He finally catches up to her, pushing her down so she stops running and covers her mouth so she cannot scream. She still screams for help but her situation is starting to seem hopeless. She attempts to fight back by biting him, despite being incapacitated in the lyric, "little bit of poison in me, I can taste your skin in my teeth". She is taken to his basement where he is fascinated by the proof of her presence through something as simple as her breathing. As the last part of the chorus is sung her tone shifts to a more bitter and angry tone, having given up hope of being rescued. The repetition of the phrase makes it seem as if it was replaying it in her head.

[Verse 1]
Lookin' at me through your window
Boy, you had your eye out for a little
"I'll cut you up and make you dinner
You've reached the end, you are the winner"
Rollin' down your tinted window
Drivin' next to me real slow, he said
"Let me take you for a joyride
I've got some candy for you inside" 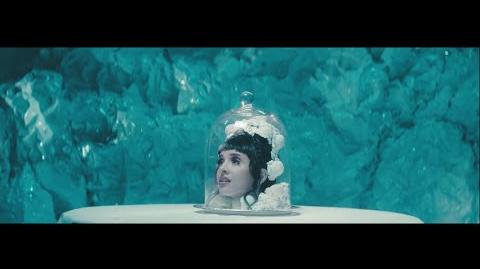 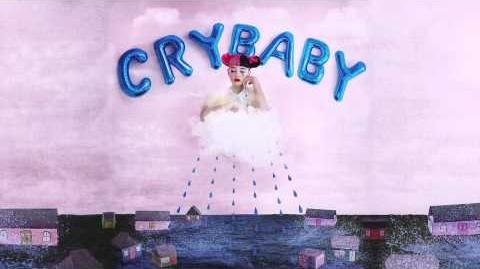 Melanie Martinez - Tag, you're It
Add a photo to this gallery

Retrieved from "https://melanie-martinez.fandom.com/wiki/Tag,_You%27re_It?oldid=155636"
Community content is available under CC-BY-SA unless otherwise noted.