"Pacify Her" (originally titled "Pacifier") is a song by Melanie Martinez featured as the eleventh track on her debut album, Cry Baby.

Two snippets were posted in the summer/fall of 2014. Melanie then posted a third snippet on her Instagram on August 7th, 2015.

Cry Baby no longer cares whether she's with a guy, but she gets rid of a girl (Basic Bitch) who's with a guy (Blue Boy) for fun. Cry Baby is set on trying to free the boy from the grip of his girlfriend, even though she doesn’t really love the boy herself. She uses a play on words in the title, it can be heard as "pacifier", which is a rubber object used to silence a crying infant. She knows that the boy has feelings for her and not for his current lover, so she insists that he should get rid of her once and for all: she’s embraced being a homewrecker. This may be Cry Baby taking after her father, whom she has experienced witnessing his many affairs behind her drunken mother's back before his death.

[Pre-Chorus]
Someone told me stay away from things that aren't yours
But was he yours if he wanted me so bad?

[Verse 2]
I can't stand her whining
Where's her binky now?
And loving her seems tiring
So boy, just love me, down, down, down

[Pre-Chorus]
Someone told me stay away from things that aren't yours
But was he yours if he wanted me so bad? 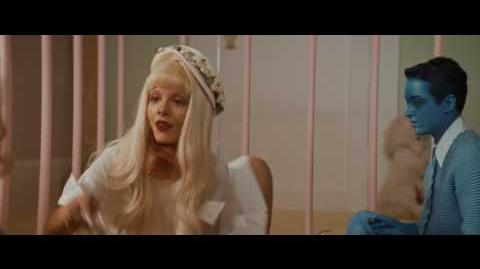 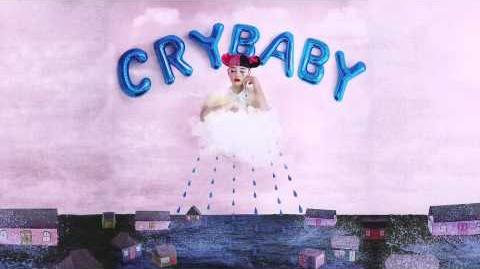 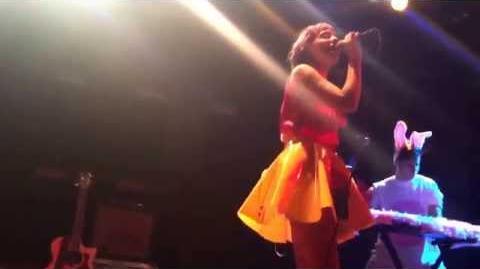 The video begins showing Cry Baby playing a board game in a playpen in her house. Throughout the video, shots of Melanie singing and dancing with a background of toys and stars are shown. Basic Bitch and Blue Boy enter and begin to play Patty Cake. Cry Baby and Blue Boy look at each other, clearly in love. Cry Baby writes a note reading "Do you want to play?" She swallows it and it appears in Blue Boy's lap. He reads the note and they look at each other, as Cry Baby's eyes enlarge, showing that she is in love again. Basic Bitch then reads the note, rips it in Blue Boy's face, and throws it at Cry Baby. Growing angry, Cry Baby uses telekinesis to lift her board game and throw it at Basic Bitch. Cry Baby then begins to rip the head off of her dolls, causing Basic Bitch to become uncomfortable. To get Blue Boy's attention, Cry Baby lifts her own head off of her body, causing him to laugh. To regain his interest, Basic Bitch goes in for a kiss, only to have a pacifier appear in her mouth. Cry Baby and Blue Boy crawl towards each other, but Basic Bitch steps in the middle and shows Blue Boy her breasts. Convinced, Blue Boy leaves with Basic Bitch, leaving Cry Baby distraught and crying.

"She escaped and was never the same
She swayed a boy who had been claimed
And pacified ol' what’s her name
Not out of love, just played a game"