Rob Cavallo
Paramore
"Misguided Ghosts", stylized as "misguided ghosts", is a song originally by Paramore that Melanie Martinez covered. It was released in January/February 2011 as a YouTube exclusive. The upload was later taken down, however, the audio is available online.

The song features Hayley Williams singing about how she is still young and yet to find her place in the world. In an interview with The Sun, she spoke about the meaning of the song, stating, "Some people might think that I actually know what I'm doing but I'm just 20 years old and figuring myself out on a daily basis. The greatest thing about it is that I know now that I don't have to live up to someone else's expectations of me. It's freeing when you finally realize that you don't have to have all the answers". She also says that it "embodies every random, confusing emotion that [she's] ever had about living in this crazy world". 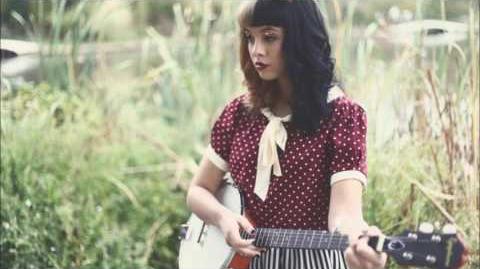 I'm going away for a while
But I'll be back, don't try and follow me
'Cause I'll return as soon as possible

See, I'm trying to find my place
But it might not be here where I feel safe
We all learn to make mistakes

And run to them, to them
Full speed ahead
Oh, you are not useless

The thumbnail of the original video.