The K-12 Tour is Melanie Martinez's second international tour that began in October of 2019 and ended in December of 2019.

The tour was officially announced on July 29th, 2019, with Lauren Ruth Ward joining as an opening act for the North American dates.[1] Fans who pre-ordered the album up until August 5th gained early access to tickets.[2] Tickets went on sale on August 9th, 2019,[3] and Naaz confirmed she would be opening for the European dates of the tour.[4] A dollar from every ticket sold will go to the Trevor Project, a non-profit organization focused on suicide prevention efforts amongst LGBT+ youth.[5]

Melanie confirmed that shows in the tour would have intermissions and choreography reflecting the story of K-12. She stated, "It's been a bit since I've been on tour and I'm incredibly excited to bring the movie to life on stage. I'm putting all of my energy into making it not only visually stunning and pleasing to the senses but also a fun learning experience and a safe place to express yourself and be accepted for exactly who you are".[5] 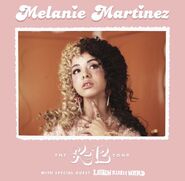