Melanie Martinez Wiki
Register
Don't have an account?
Sign In
Advertisement
in: Albums, Michael Keenan, Kinetics & One Love,
and 9 more

"K-12" is the sophomore album and second major-label record by Melanie Martinez. It was released on September 6th, 2019, by Atlantic Records through digital download, CD, cassette and vinyl.[1] The album debuted at #3 on the Billboard 200 albums chart with 57,000 total copies sold in its first week.[2]

Melanie began recording the album in 2015 and finished in 2017.[4] It was originally set to be released in the fall of 2017, then got postponed to January 2018. However, it was later pushed back to early 2019, but got pushed back further to later that year. It was officially released on September 6th, 2019. The standard version of the album has a total of 13 songs.[5] Each track represents a different grade level from Kindergarten through 12th grade.

In an interview with V Magazine, Melanie confirmed that a deluxe version will likely be available in 2020. It was later revealed on January 8th, 2020, via Melanie's Instagram story that the deluxe version would be released in the format of an extended play titled After School.

On April 13th, 2016, and May 17th, 2016, Melanie posted two photos on Instagram with lyrics in both captions, revealing two songs that would be on the second album. Those songs were later revealed to be High School Sweethearts and Lunchbox Friends.

On May 15th, 2019, a teaser trailer for the film was released, revealing that the official title of the film was "K-12". Melanie revealed the new website layout on the same day and a low-quality version of the album cover leaked through the site's source code. The next day, on May 16th, 2019, Melanie officially unveiled the album cover on all social media platforms, revealing that the album is also titled "K-12".

On May 22th, 2019, a second teaser trailer for the film was released. A third teaser was released on May 29th, 2019, along with the album and film's release date. On June 17th, 2019, a preview featuring clips of the movie and a snippet of a new song, later revealed to be Nurse's Office, was premiered at the MTV Movie Awards. Melanie began promoting the album with assignments on June 24th, 2019.

On July 23rd, 2019, the film's official trailer was released along with the album tracklist and pre-order. The K-12 Tour was announced on July 29th, 2019. Fans who pre-ordered the album up until August 5th gained early access to tickets.

Beginning in September 2019, Melanie promoted the album by having the pink school bus from the film drive around the world, stopping at various locations to sell exclusive merchandise. The second leg of the K-12 Tour was announced on September 20th, 2019, with tickets going on sale a week later.

On January 10th, 2020, Melanie started a TikTok challenge for fans to show their best "handshake dance" to promote Lunchbox Friends as a single.[6]

The album is set in Cry Baby's school and is told from her perspective. According to Melanie, it is Cry Baby stepping outside of her family and love life and acting as a narrator for the album.[7]

The album also introduces new characters, specifically friends of Cry Baby, at her school, although Cry Baby is still a main focus.[8] According to Melanie, "You're not learning about her, you're learning about the place that she's in and her perspective".[9]

The album was positively acclaimed, similarly to her debut, praised for its production and lyrics. Critics mainly complimented the songs, calling them a “treat, 1 by 1”.

Fans were also happy with the album, some even stating it was fresher and more modern compared to her debut.

There are 13 tracks on the CD. It is unknown how many songs she recorded for the album, however, in 2016 she confirmed that she would want to make 30-40 songs in total so she had a lot to choose from. The songs on the album tell a story in chronological order.

There is both an explicit version of the album and a clean version.

Assignments were a method that Melanie Martinez used to promote her sophomore album, K-12. They were released in specific areas around the world and showcased a snippet of a song from the album. There are 13 released assignments in total.

On May 29th, 2019, Melanie did a Q&A regarding the album and film on her Instagram story. Questions about the album and the answers can be found below. 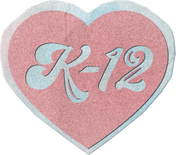 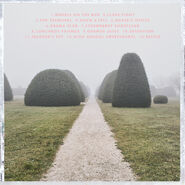 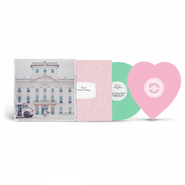 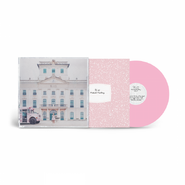 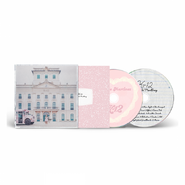 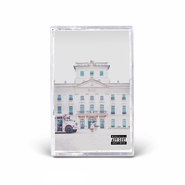 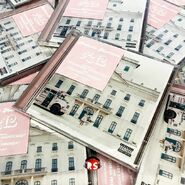