Cry Baby
"Cry Baby's Extra Clutter" is the third extended play (EP) by Melanie Martinez. It was released on November 25th, 2016, exclusively at Urban Outfitters. The EP contains songs that were released during the Cry Baby era but weren't on the standard version of the album. It was only available in vinyl format. 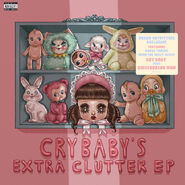 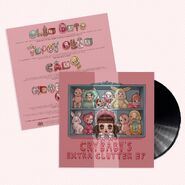