The Carnival is a location created by Melanie Martinez for her debut album, Cry Baby. It is featured in the music video for "Carousel."

The video was shot at an amusement park in Long Island. 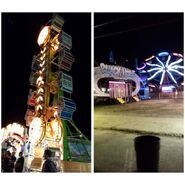 The location in which the video was shot. 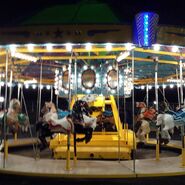 The location in which the video was shot.

During the events of "Carousel", it is night at the carnival, which appears abandoned except for the freaks. The lights of the rides flicker several times in the video. There are many different carnival games here. Cry Baby wanders around the carnival with Alphabet Boy, and they go on several rides and play some of the games together. There is a carousel around the center of the carnival, where Alphabet Boy traps Cry Baby.