The Bunny Doctors are a species of characters created by Melanie Martinez. They appear in music videos for Cry Baby and K-12.

The Bunny Doctors are a species of rabbit-humanoids. They have a head of a rabbit, and a human body. They are typically dressed in doctor attire such as scrubs.

Several Bunny Doctors also appear in K-12. They heal the Principal when he is poisoned and help the nurses to restrain Cry Baby and Angelita. 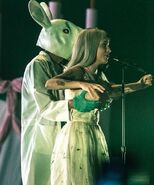 Appearance in a live performance. 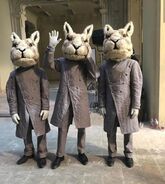