American Horror Story is an American horror television series created and produced by Ryan Murphy and Brad Falchuk. Described as an anthology series, each season is conceived as a self-contained miniseries, following a disparate set of characters and settings, and a storyline with its own beginning, middle, and end.

American Horror Story: Freak Show is the fourth season of the FX horror anthology television series American Horror Story. It premiered on October 8th, 2014 and concluded on January 21st, 2015. The season is mainly set in 1952 Jupiter, Florida, telling the story of one of the last remaining freak shows in the United States and their struggle for survival. Melanie Martinez's song Carousel was featured in the trailer for the season. 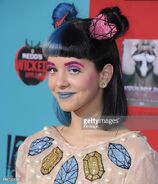 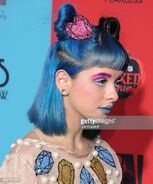 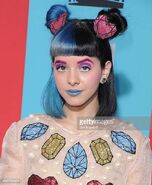 Retrieved from "https://melanie-martinez.fandom.com/wiki/American_Horror_Story?oldid=69610"
Community content is available under CC-BY-SA unless otherwise noted.