Melanie Martinez Wiki
Register
Don't have an account?
Sign In
Advertisement
in: EP's, After School EP, K-12,
and 3 more

"After School EP",[1][2] sometimes referred to as exclusively "After School", is the fourth official extended play by Melanie Martinez. It was released on September 25th, 2020, by Atlantic Records through digital download, vinyl and CD. The extended play is also featured on streaming platforms as a deluxe edition of K-12.

On December 17th, 2020, Melanie performed six tracks (all excluding "Notebook") from After School EP during the CAN'T WAIT TILL I'M OUT OF K-12 virtual concert.[3]

In an interview with V Magazine, Melanie stated that she would release songs that were in-line with K-12, but were "more personal and more vulnerable."

When the K-12 Tour began, fans began to speculate that Melanie would be releasing an extended play because the image displayed on the video screen during when Melanie performed "Fire Drill" would show a pink composition notebook with "After School" written on the front.[4]

On December 6th, 2019, during the concert at O2 City Hall in Newcastle, England, Melanie announced that "Fire Drill" would be officially released at some point in 2020. It was later confirmed through Melanie's Instagram story that the song would be a track on After School.

On January 20th, 2020, and January 21st, 2020, fans reported hearing Melanie rehearsing an unknown song, now confirmed to be "Test Me" and "Numbers". However, she did not perform any of these songs during her concerts.[5][6][7]

On February 6th, 2020, an interview was released where Melanie stated that she intended to release "Fire Drill" by the end of the month. "Fire Drill's" release was later pushed to June 26th, 2020, because of "Play Date's" popularity on TikTok. She also scrapped one track from the extended play,[8] although she later confirmed in a Beats 1 interview that the extended play would remain with seven tracks.[9]

On February 9th, 2020, Melanie confirmed through her Instagram story that the extended play would be out in spring, but it was later pushed back, and that a song featuring "one of [her] favorite artists" would be coming out "sooner than you think".[10] The next day, on February 10th, 2020, she released "Copy Cat".

On August 31st, 2020, Melanie posted on Instagram and liked a comment theorizing the release being sometime during Libra season (Sept. 23rd - Oct. 22nd). This had lead fans to theorize whether she is hinting at a release around that time.

Then, on September 15th, 2020, Melanie posted a surrealist photo of her in a giant nest with two eggs on Instagram, with a caption reading; "Holdin’ onto these eggs till they're ready to be hatched next week.", causing fans to believe that the extended play would be released the following week.[11]

The EP was released on September 25th, 2020, along with the music video for "The Bakery".

In an interview with Idolator, Melanie expressed interest in making a music video for Test Me, saying that she wrote a video treatment and that "it all depends on how much people connect with it/stream [the song]." However, she later confirmed on her Instagram Livestream that she didn't have enough budget to make the "Test Me" music video while she was making the film for her 2nd Feature Film.

According to Melanie, the EP follows the story elements that are present in her sophomore album, K-12; however, the songs are more personal to Melanie rather than relating to her character, Cry Baby. 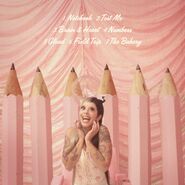 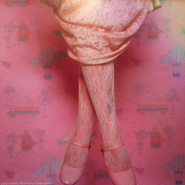 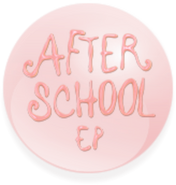 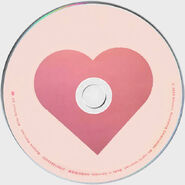 On January 8th, 2020, Melanie did a Q&A regarding the extended play on her Instagram stories. The Q&A can be found below.

On July 24th, 2020, Melanie did a second Q&A regarding the EP on her Instagram story about the tracks. The Q&A can be found below.