"A Million Men"[1] is an unreleased song by Melanie Martinez. The song was written for an unknown 2013 extended play; however, the project was later scrapped. In February 2014, it was later intented for her debut album, Cry Baby, but it is unknown if it ever got to be recorded.

This song is about child and sex trafficking. It speaks of a young girl named Maggie who was sold into the sex trafficking trade by her mother and how she was treated during that time. It also shows how hard it is for victims to get used to being around others and living normally after it's over.

Melanie wrote the song after watching a documentary about sex trafficking, which is speculated to have been about Annabelle Forest. It is often mistaken to have been written about herself or a friend since in the most popular video of the performance, it slightly cuts off her explanation of the song. 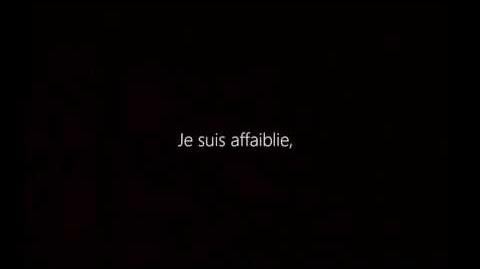 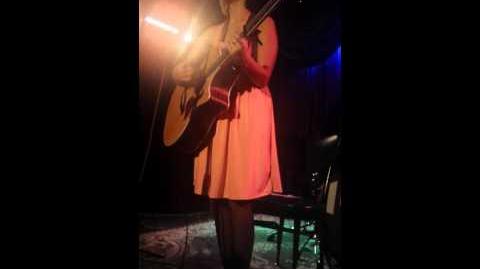 [Verse 1]
Miss Maggie was way too young to understand
Why she got thrown into someone else's hands
Why she woke up to strange men
They tore her to pieces and she couldn't comprehend
Why she was locked up in a basement filled with men
Should've gone to school, instead she did them

[Pre-Chorus 1]
Don't touch me, I'm fragile
I'm bitter in my heart
Mama sold me for candy
I was ruined from the start

[Chorus 1]
Why do you have to sell me to those mean old men?
They cut me up in places I don't even understand
It's normalcy to me, but how will my friends understand?
I'm five years old, sleeping with a million men

[Verse 2]
All grown up and her body has decayed
All those promiscuous games she had to play
Oh, she skipped the jungle, jungle gym phase
She's trying to look at things in a bright way
Sees a light peeking through the end of the hallway
No, she's tryna, tryna, tryna escape

[Pre-Chorus 2]
I'm running
Full force, dear
But it's harder when you're bones
I'm weak-kneed, but I'm flying
Out of this hell hole

[Chorus 2]
Why do you have to sell me to those mean old men?
They cut me up in places I don't even understand
It's normalcy to me, but how will my friends understand?
I'm ten years old, running from a million men

[Bridge]
A million men
Finally the light is coming close
No turning back, run full force
Angels swoop down and grab me
And now I'm safe away from the million men who raised me

[Chorus 3]
Why do you have to sell me to those mean old men?
They cut me up in places I don't even understand
It's normalcy to me, how will my boyfriend understand?
I'm seventeen with a history of a million men

Retrieved from "https://melanie-martinez.fandom.com/wiki/A_Million_Men?oldid=155629"
Community content is available under CC-BY-SA unless otherwise noted.