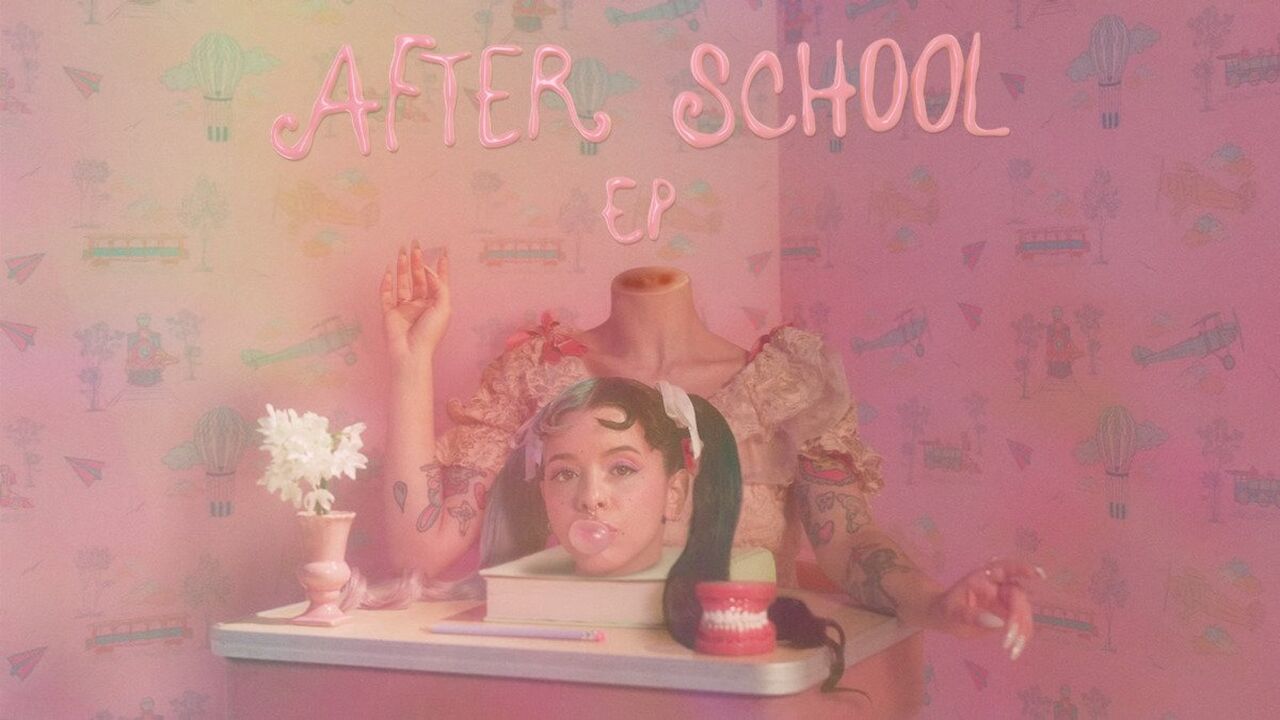 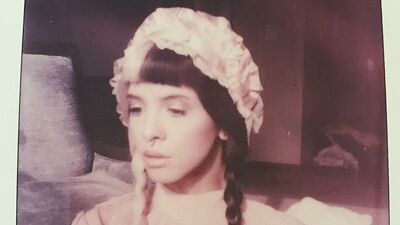 Various songs were recorded for Melanie Martinez's projects over the years. This list includes all known Melanie Martinez songs which were not intended to be formally released. 1 Key 2 Unreleased Songs 3 Unknown Songs 3.1 4/29/14 3.2 7/30/14 3.3 10/29/19 4 References Bold typing indicates that...

Memories may be about remembering some of the events from cry baby, it could even be the song Melanie said was calling back to milk and cookies

Should we make a page for the song Melanie and Noah wrote together?

Melanie MartinezList of Unreleased SongsNoah Cyrus
Sure!
Sorry, but I'm not interested. 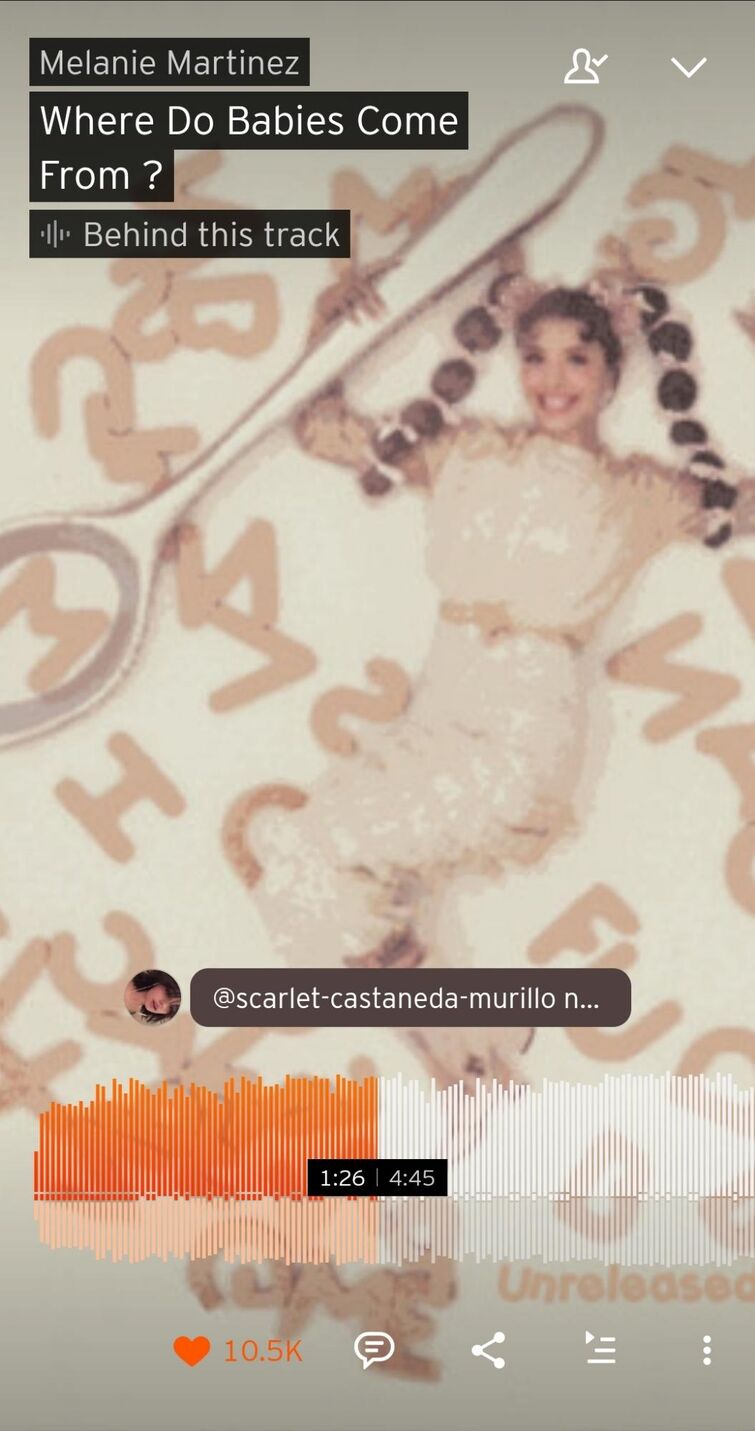 Recently, some songs of Melanie's have leaked which were originally intended for her third studio album. We encourage all users to ignore the leakage and not to listen to these audios.

It important to note that:

We are currently setting up a script (effective soon) that will automatically punish users who break these rules (via deleting the user's post or banning their account), so be cautious of them.

To whoever is leaking mel songs that are probably gonna be in mm3,

STOP,Its rlly sad seeing people leaking mm3 and no it’s not just “one or two songs🤪”NO,I’ve seen like 5 or 6,it’s not just sad for mel but for me,I don’t want to see Melanie cancel the album or delay it,

and I also not want her to fall into a deep depression BC people are leaking her album that she has put her heart into it for us to listen to 😐.Y’all disgust me for leaking mm3,And to whoever is leaking mm3,YOUR NOT A REAL FAN,YOUR NOT A CRYBABY,YOUR A MENACE TO SOCIETY,and if you think it’s ok to leak mm3 pls leave the fandom and stop being a crybaby or a fan,cause your not one,leaking Mels FUTURE work is the worst thing anyone could do 😐,I really hope Melanie and her team sue the people who are doing it,also if you leaked mm3,please delete the post you made on whatever platform,YouTube,Tiktok,Insta,etc.

Here are some people who leaked mm3 😐

And one last time.....IF YOU LEAK MM3 YOUR NOT A REAL FAN

Chloe Wilder sounds like Melanie martinez, it's just Chloe Wilder. ANYWAYS ADDING THESE TO MY PLAYLIST CAUSE THEY R 💣 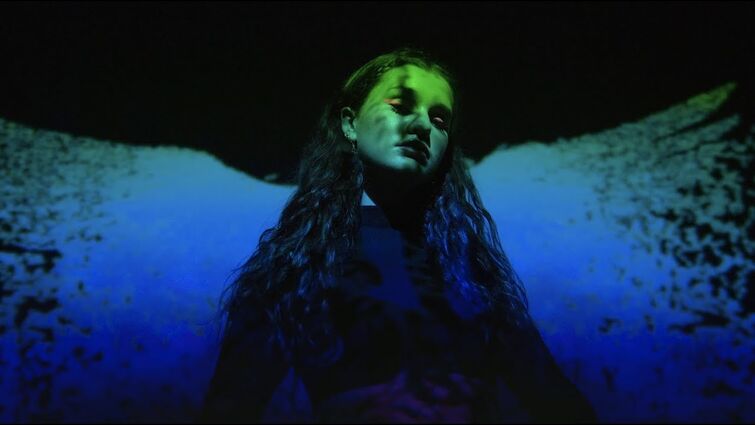 Cloe Wilder - In The Next Life (Official Lyric Video)YouTube 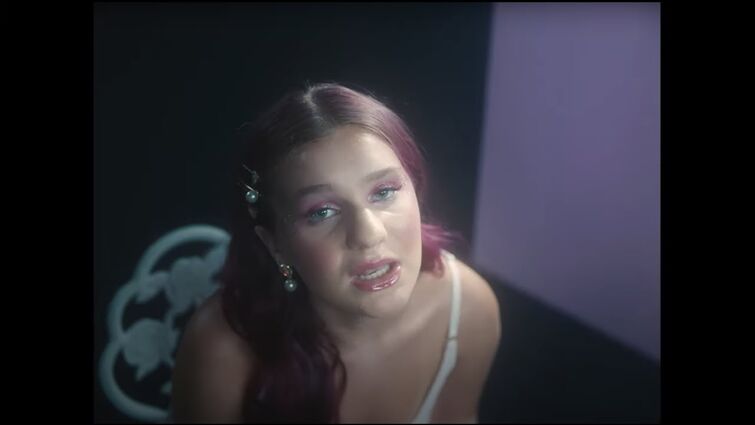 I don't think they wrote the instagram story regarding the leaks. It was Atlantic Records. So many people already think this, but I'm going to tell y'all another thing to make things sure.

She said: '... (Can't remember what they said before this) YOU SIMPLY AREN'T A FAN.' She never says 'fans'. They say: 'People who listen to my music'.

ALSO, she didn't say anything with 'gn bbies' or 'gm bbies', or like 'have a nice day' or 'stay hydrated'. You know what I mean, right?

There are also alot of other reasons but I think you already know what I'm talking about, if not just ask and I can name some things!

What are your thoughts about this? 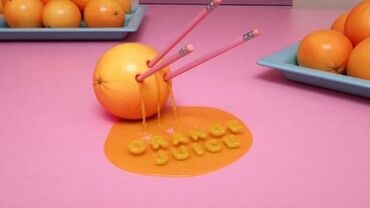 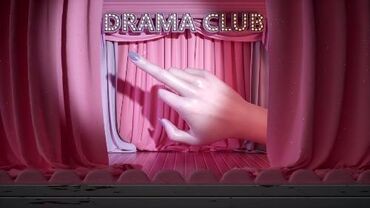 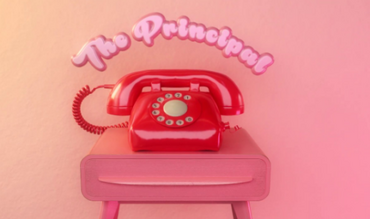 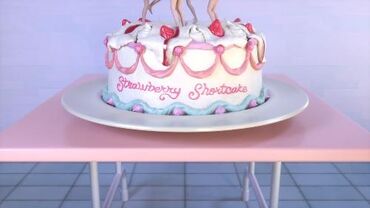 Can someone tell me why most unreleased song pages got removed?there was like 65 but now there’s 55?pls explain

The leakers have gone to far at first it was nice we got the songs we really liked but this is giving Mel paranoia that her songs ain't safe and she probably is constantly thinking "can I even record here?-" this is really sad since she's such a nice person! Berry Juice and Dragons Blood will 75% not be on the album cuz they leaked to early....Wich sucks cuz there great songs. On to this point there only like 3 unreleased songs that still hasn't leaked

Shadow Puppets (not sure iff real) , Animal Crackers and Toy Box/Chest (probably leaked not sure)

Listen, unreleased songs by mel are a f^cking bop, i know. but can we STOP LEAKING MM3 SONGS? melanie might have to rewrite soo much of mm3 because of this, honestly it's so cruel and nasty. please be patient, melanie is such an angel to be putting so much time and effort into this album/movie and we're just gonna go and ruin it for her? give it time. if anyone leaks more of mm3 music im gonna cry. (dragon's blood is an example, i dont even know if it's real tbh)

Okay, i know a lot of people are saying "this isnt gonna stop them" or "we're not the ones leaking the music" but this is just a vent and getting out my feelings. i know that u guys arent leaking the music, im just saying that it's sad that so many people are.

I thought it was a troll so I hit play and it's actually a song that people are saying is new :( I'm not gonna say where I found it because I want to be respectful. if you don't wanna hear it then be careful about anything recent posted about a leak :( this is very bad and I hope nothing else circulates